The Panama Bay & City Clean-up Plan launched by the Department of Health aims to protect the region's natural environment and to meet the needs of the growing urban population.
The mission

Panama has given protected wetland status to 5 regions in the country. The wetlands in the Panama Bay area are now considered protected natural zones. The wetlands play an essential role in protecting biodiversity and regulating the climate. The site is recognised as an important stopping point for migrant shorebirds. Up to 360,000 individual birds were sighted in one season and it is estimated that between 1 and 2 million birds stop off there during migration. The natural zone is also a habitat for protected species like ant-eaters, Baird's tapirs, and loggerhead sea turtles.

Fishing and agriculture are the main human activities in the region, but because of its close proximity to Panama City, pressure from urban development is growing, as is pollution, due to the release of wastewater into the sea. Lots of research on shorebirds has been carried out in the area and it was recently declared a zone of importance for bird conservation.

In 2017, the Department of Health in the Republic of Panama (MINSA in Spanish) awarded SUEZ the contract to extend the wastewater treatment plant (PTAR in Spanish) in Panama City.

The contract to extend the wastewater treatment plant (PTAR in Spanish) in Panama City involves doubling current treatment capacity to respond to the capital's growing needs. Following a 3-year construction phase, SUEZ will be in charge of operations & maintenance at the plant for 5 years. The contract is part of a national programme to clean up Panama Bay and protect biodiversity in wetlands with recognised international importance, as identified by Ramsar (The Convention on Wetlands named for the Iranian city where the agreement was signed).

The Juan Díaz plant will have water and sludge treatment lines (anaerobic digestion and dehydration). The treated water will be released into Panama Bay in compliance with international standards. 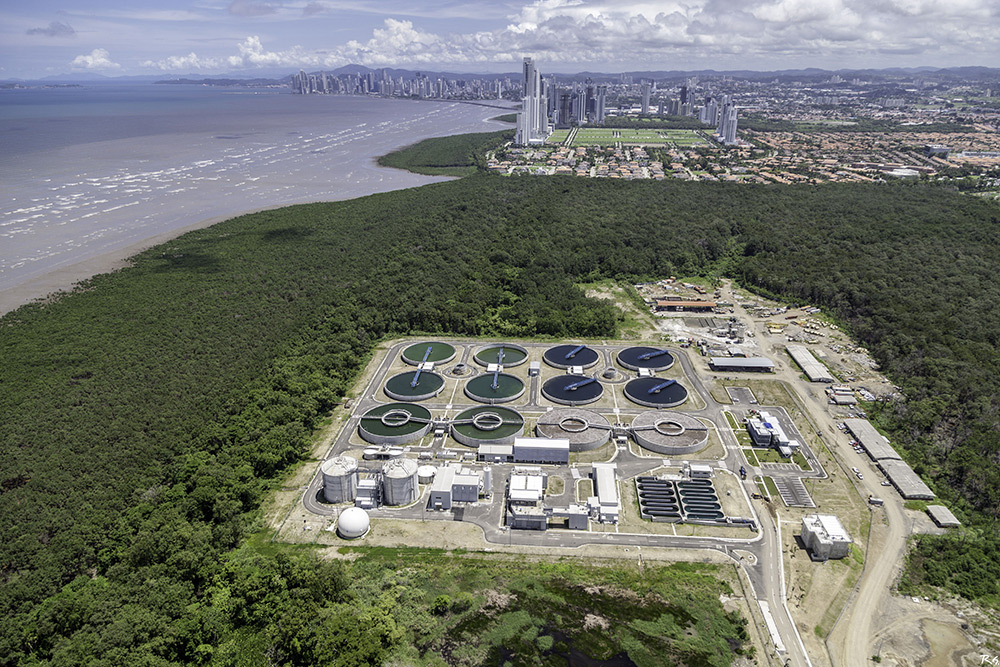 Extending the plant will also:

Societal benefits and cooperation with the AUDUBON Panama and ANCON associations

SUEZ and the AUDUBON PANAMA association signed an agreement as part of the Juan Díaz II project to promote the conservation and protection of wetlands in one of the 5 Ramsar sites in Panama.

SUEZ and the association want to coordinate efforts to prepare informative and educational material on the environment for schools, tour operators, and the general public. The campaign will focus on protecting the Panama Bay Ramsar site. Research into observation and protection of birds will also be facilitated in the partnership.

At the end of the contract, SUEZ will contribute to the reforestation activity of ANCON (Asociacion Nacional para la Conservación of the Naturaleza) and will plant two hectares of mangrove trees in the coming 5 years.